Even if you use the Windows Command Prompt a lot, you might be surprised at the number of useful keyboard shortcuts it supports. You can use them to streamline everything from selecting and manipulating text to repeating commands you’ve already typed. And we’ve got the full list for you.

The Command Prompt is a powerful tool in Windows, giving you access to all kinds of useful commands you can’t get any other way. By its very nature, the Windows Command Prompt relies on a lot of keyboard use–and with that comes handy shortcuts. Most of these shortcuts have been around since the Command Prompt’s early days. Some are new with Windows 10 (especially some of those that use the Ctrl key) and you’ll need to enable them before you can use them. When you’ve done that, you’re ready to unleash your full-fingered keyboard fury.

Shortcuts for Launching and Closing the Command Prompt 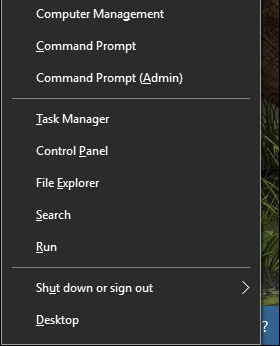 And while any of those ways to open the Command Prompt will work, we recommend getting used to opening it with administrative privileges. Most of the interesting commands you’ll use require it anyway.

Shortcuts for Moving Around

You can always click with your mouse to place the cursor anywhere you want in the Command Prompt. But if you like to keep your hands on the keys, we’ve got you covered with these shortcuts for moving around:

Once you get used to moving around with the keyboard, you might even find it faster than switching to the mouse and back again.