During the Microsoft Build keynote yesterday, the company briefly teased Microsoft Edge for Mac. We managed to install the dev and canary builds on a Mac, and you almost can’t tell it isn’t a Windows build. That’s a good thing. 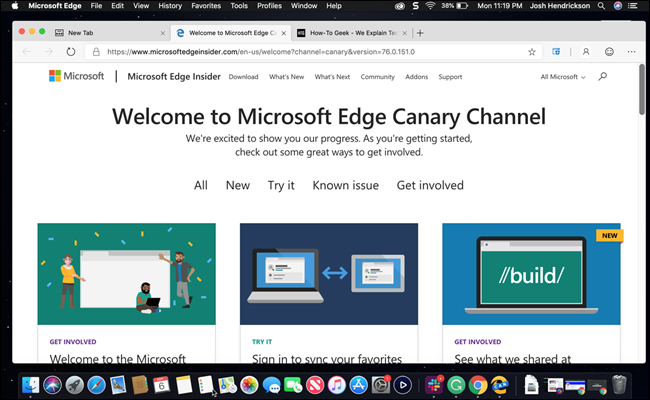 Microsoft Build is well underway, and the company used its keynote to announce a Linux Kernel for Windows, a real command line, and new features for the Edge browser. While talking about Edge, Microsoft tucked a blink-and-miss teaser of Edge for Mac in a YouTube video. It didn’t provide a date, timeline, or any substantial information at all beyond a quick screenshot.

You might think that means the Mac version is a long way out, but late last night Twitter user (and frequent Microsoft leaker) WalkingCat tweeted links for the dev and canary builds—simply download and install as usual to give it a try. We installed them, and are happy to find the browser’s near identical to the Windows versions in functionality and features. You’ll be hard pressed to find any differences beyond those required by the OS, like keyboard shortcuts. 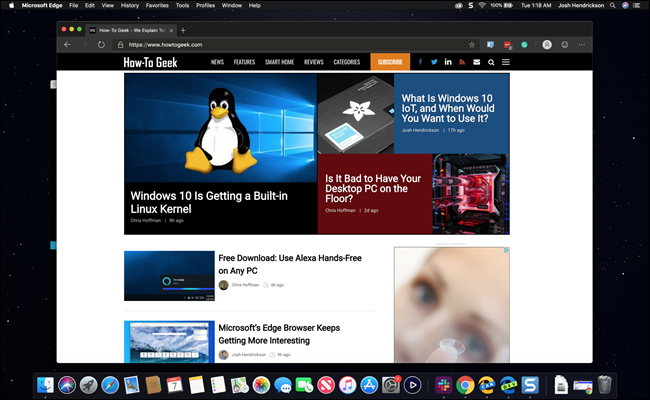 If you’ve followed our coverage of the Chromium-based Edge browser, you should know what to expect here. Just like the Windows version, starting Edge for the first time prompts you to import browser data and sign-in with a Microsoft account. From there we were able to install the LastPass Edge extension, and after we enabled third-party extensions, we were also able to use the Grammarly Chrome extension. Each extension worked without issue after signing in with their respective accounts.

Naturally, that also includes the default choice of using Bing when searching from the address bar. But you can change that by clicking on the three dots in the upper right-hand corner, choosing “Settings” > “Privacy and Services” >”Address bar.” From there you’ll pick your favorite search engine.

Just like Edge for Windows, you can use Edge://flags to turn on additional features, and that includes dark mode. (Apple introduced dark mode with MacOS Mojave, so you’ll need that turned on along with enabling the flag in Edge for the setting to take hold.) The experience is nearly identical to the Windows build in almost every aspect: menus, settings, speed, and pretty much everything else. In our early poking around we only found one difference to note: a preinstalled Microsoft Defender Browser Protection extension.