Microsoft was working on a “Sets” feature that would bring tabs to File Explorer and other applications. Sets didn’t arrive in the October 2018 Update and now looks canceled. But you can get tabs in File Explorer today. 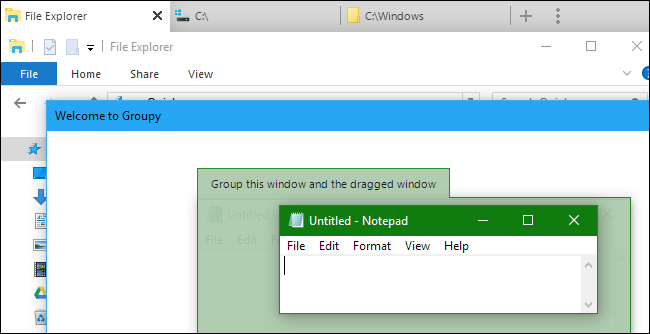 Like Stardock’s other software, this is a polished experience. Stardock has been updating it and released version 1.2 on May 7, 2019. It also runs on Windows 7, Windows 8.1, and Windows 10, so even Windows 7 users can take advantage of this feature.

Microsoft’s SmartScreen once blocked the Groupy download for us, but VirusTotal says the file is fine and Stardock has been a trustworthy company for years. If you see a SmartScreen warning while downloading and installing Groupy, it’s safe to ignore.

Use an Alternative File Explorer 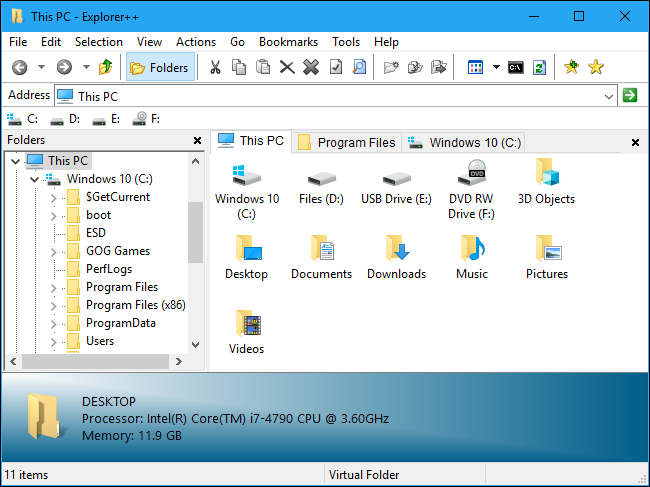 Rather than grabbing a program that adds tabs to all applications on your system, you could just install and use an alternative file manager. These use the same file and folder views used in File Explorer and Windows Explorer, so everything works similarly. But third-party file managers build their own interfaces around the standard file manager view, and many of them include tabs.